I am a computer geek, I love all things technology related and have a passion for Open Source software, not just because it's free (as in beer (although I do love a bargain)) but because it gives you freedom.

I currently have Arch on all my machines. I have even got Windows games running with Wine and Steam.

I started my computer interest in 1981 with the Sinclair ZX81. This was a new concept and having a computer at home started me off on the path of geekdom.

A few years later I bought an Amstrad CPC464 which not only had a colour screen but had a built-in tape drive. No more fiddling with the volume control to load programs! This machine also was the first one to connect to the outside world, not to the internet as that didn't exist yet but to other computers running Bulletin Boards (BBS).

My next computer was a Commodore Amiga A500, this came with disks and not tapes, it also had a mouse which confused me. I had no idea what I was going to use that for! I really came to love this machine, not only was I able to create programs but also music and Desktop Publishing (DTP).

In 1995 I bought a computer which came with Windows 95, while I was horrified at it's reliability it did open up a world of programs that offices used. Being a geek I learned all about Wordperfect and Lotus 123, as well as Word and Excel. After a while I started training people how to use these programs and I found I was good at it! 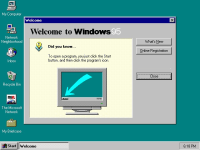 I also began using a new system which ran alongside Windows called Red Hat Linux. While not as easy as Windows it was extremely hard to crash. Eventually in 1998 I bought (yes paid for) Mandrake Linux and found a system as good as the old Commodore, it made computing fun again. :) 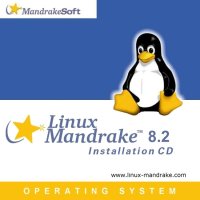 I am tech geek and recipe collector.